Posted on August 13, 2021 by guest
Opinion by Charles Baycroft
There are two ways to regard government:-
1. “The Government”, which is what most people talk about when often saying “The Government Should or Should not ———“
You hear most people talking about this all the time because they do not understand how the system of politics and government actually works.
2. “Our Government” is what a very small minority of the people have because they have figured out how to operate the system.
The only difference between those “the Government” people (most of us as spectators) and the “our Government” people (the clever minority) is understanding the importance of involvement, effort and influence.
Government is nothing more or less than the current small group of people that achieve the social positions in which they are allowed to make decisions that affect everyone else.
They get these positions by understanding and learning how to play a game called “politics” in which there are many players and teams.
In most societies there are two main teams because human beings are basically binary.and do not manage multiple options very well.
The political teams in the game are much like consumer brands which people have an emotional attachment to (just like Coke and Pepsi).
Our two main political team brands are called National and Labour and it would be very difficult for a new brand to displace either of them. That is why forming new political parties is not a very effective strategy.
Anyone who wants to successfully compete in the game of politics needs to become part of one of the teams and it would be better to join one of the ones that is likely to win.
Who is a politician?
A politician is someone who convinces the people in one of the teams to select them as their representative
Spectator Voters
The rest of the people in the team then develop a strategy and tactics and implement it in order to persuade the people that do not understand the system mor participate to vote for their representative.
Most voters are just spectators in the game.
They might be loyal to one team or another and they collectively pay for the game to be played but they have no real influence in the game.
Spectators watch the game, judge the players in the game, make a lot of  comments and criticisms and think they are involved in the game but they are not.
In the game of politics the spectators/voters talk about the government.
Spectators never win because they do not participate in the game. They are losers. 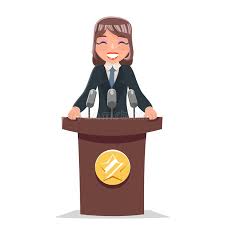 If anyone wants to be a winner in the game of politics and government he or she, needs to join one of the teams and become a player.
The clever people (very few) understand that they should join one or the other of the two big brand teams.  They join the National or Labour Party and became players not spectators,.
They participate in the game by becoming active and attending the local meetings with the other active team members.
They also participate in planning, policy decisions and the selection of their representatives and get out promoting their representatives in election campaigns.
Their government
When the players are successful and get their representatives elected it is their government.
The spectators only see and are aware of the chosen representatives of the teams because they have no idea of how the game is played or even who these politicians are chosen by and have to be accountable to.
The lesson from understanding the game and system called politics and government is
You are always going to be a loser unless you join a team and get in the game.
What about the smaller parties?
Some people with political dreams who cannot make it as members of the 2 big teams start new political parties so they can be big fish in little ponds just as some business people try to compete with the major brands in any other market.
These small team players might appeal to a certain segment in the market but they will never displace the main brands because of the binary way that most people think and act.
To summarise:-
If we think and speak about the government we need to realise that we are spectators that have no real influence and do not really matter.
If we want to have representation, influence and respect from the people that are currently in our government we have to join one of the two main teams and get in the game.
Don’t just watch, get out on the field and play!