Re – Formal Complaint Under the RMA Regarding GW Forestry Operations

This constitutes a formal complaint on behalf of the citizens and rate‐payers of New Zealand regarding Greater Wellington Regional Council’s (GW’s) failure to comply with lawful obligations while operating a forestry operation, and subsequent failure as an enforcement body to ensure ecological impacts by one division of GW are rectified.

The complaint should not be new to you, since you must be aware it has been raised over many years ‐ yet GW persistently refuse to undertake their lawful obligations. Meanwhile the ecological impacts continue to compound to the point where things could now be described as an ecological disaster created and compounded by GW’s actions and lack of remedial action.

In particular, during late 2014, GW as plantation forest owners and managers clear‐felled an area of the Puketiro Forest contained within that area known generally as the Akatarawa Forest. The particular contractor engaged (Tukky) allowed many full‐grown pines and much slash to fall across the pristine Wainui Stream – an area much valued as a recreational asset.

GW obtained some Forestry Harvesting Notices from Upper Hutt City Council in 2011, but the manner of these seems very haphazard and UHCC have been unable to produce definitive FHN’s that would prove GW actually had lawful permission to undertake the cutting they did.

Nonetheless, their standard FHN contains many provisions and it seems GW were responsible for breaking most of these impositions. i.e. paying scant regard to process and legal responsibilities.

In Particular, these extracts from the FHN (emphasis by author)

“All land clearance works shall be undertaken in a manner so as to prevent adverse affects on natural waterways and down stream properties. Riparian strips at least 20 wide on each side of any gully or permanent flowing waterway shall be maintained where the existing growth is native bush or trees, and where the gully is not to be immediately filled over as part of controlled earthworks. All works shall satisfy all relevant Regional Council Plan.

Removal of small parts of native riparian strips for access and stream crossings may be approved where it can be shown no reasonable alternatives exist.”

3.1 Tree felling shall be carried out to minimise the risk of slips. This particularly applies near watercourses and if such watercourses become blocked, it is the responsibility of the applicant to immediately clear the waterway.

3.2 The contractor shall put in place adequate measures to control silt and debris that could be washed off cleared areas into adjacent watercourses, culverts under public roads & accessways and downstream storm water pipelines by constructing and maintaining silt/ debris control structures. These measures are to be maintained by the contractor until the measures as set out in 3.3(ii) below are established.

3.3 Following completion of the logging operation the site area shall: (i) be cleaned of debris to prevent any washing down and blocking watercourses, pipelines or culverts.

(ii) either be replanted and/ or hydro seeded to provide protection from erosion and high storwater runoff.

3.4 Existing watercourses are to be maintained to their full capacity during logging operations.

(Refer to appendices for full details and supporting evidence regarding GW’s failure.)

Given these conditions, it is clear that GW (and ongoing activities by P F Olsen) are in direct breach of their consents and lawful obligations.

Specifically 1.1.1 “All land clearance works shall be undertaken in a manner so as to prevent adverse affects on natural waterways and down stream properties. Trees are felled across waterways and have had (and continue to have) severe effects on the waterway known as the Wainui Stream.

And the whole of clause(s) 3.0 above, slips are occurring frequently, silt continues to affect the stream even after 4 years of operations and slash debris is laying precariously on steep hillsides ready to fall off into the stream below.

Despite assurances from GW over the past 4 years, GW themselves who initially blocked the stream are responsible under clause 3.3 to clear the stream of debris. Under 3.4 GW and now P F Olsen continue to fail in obligations under 3.4 to maintain the watercourse at its full capacity.

It is also noteworthy that legal roads run alongside the Wainui Stream and the operation not only blocked these roads, but they remain blocked to this day.

By e‐mail dated 28 April 2015, GW Officer Wayne O’Donnell indicated the matter would be resolved later that year. Here we are 4 years later and all that has happened is repeated false promises and an area of once pristine valley now completely blocked by accumulating debris and slash now render the area a veritable cesspit. Shame on GW for allowing this “on their watch”

Similar complaints directly to Mayor Guppy of UHCC, appearances before sub‐committees and full committees of UHCC have failed to elicit any response.

Since we are aware of many examples of GW ruthlessly pursuing individuals into the Courts for even the most trivial infractions of the RMA, it seems incredulous that GW cannot sort itself out.

As GW seem reluctant to deal with the matter on their own, this matter is also being referred to the Ministry for the Environment, the relevant Ministers and Shadow Ministers for their attention.

Attached as appendixes are various maps, FHN, photographs etc. We are also aware that GW officers have visited the area several times and taken extensive photo collections – yet some time ago and still no action.

I look forward to an urgent response to resolving the situation.

Copies of documents, e‐mails, FHNs etc are all available if required.

For and on behalf of 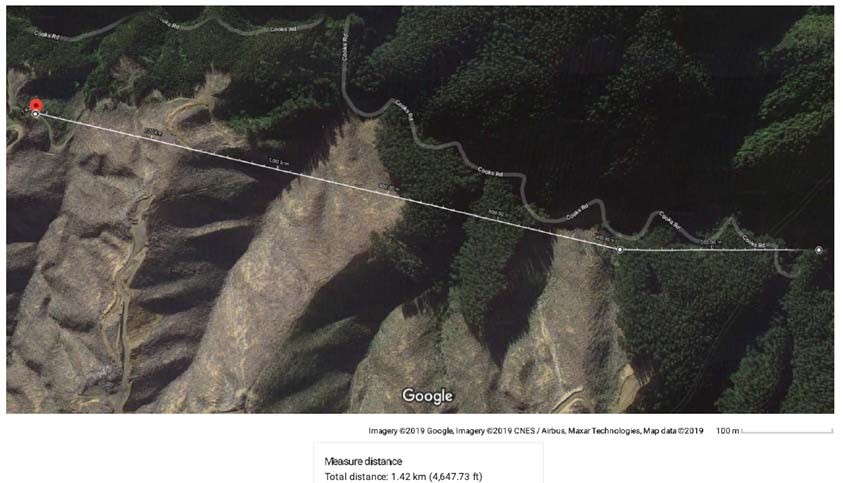 Collection of photos of impacts of logging, and continuing accumulation of slash

There is a stream here somewhere

Where all that slash is coming from

All this slash is on an unstable hillside

The stream is being dammed and diverted from its natural course

The water manages to find its way through somehow

Despite the obstruction, water still pushes its way through

We estimate about 20 pine trees are dropped across this short 1.4km stretch of the stream. Further downstream for many kilometres is almost as bad.

But when it rains, silt run off is horrendous

Silt is incessant during even the lightest rain 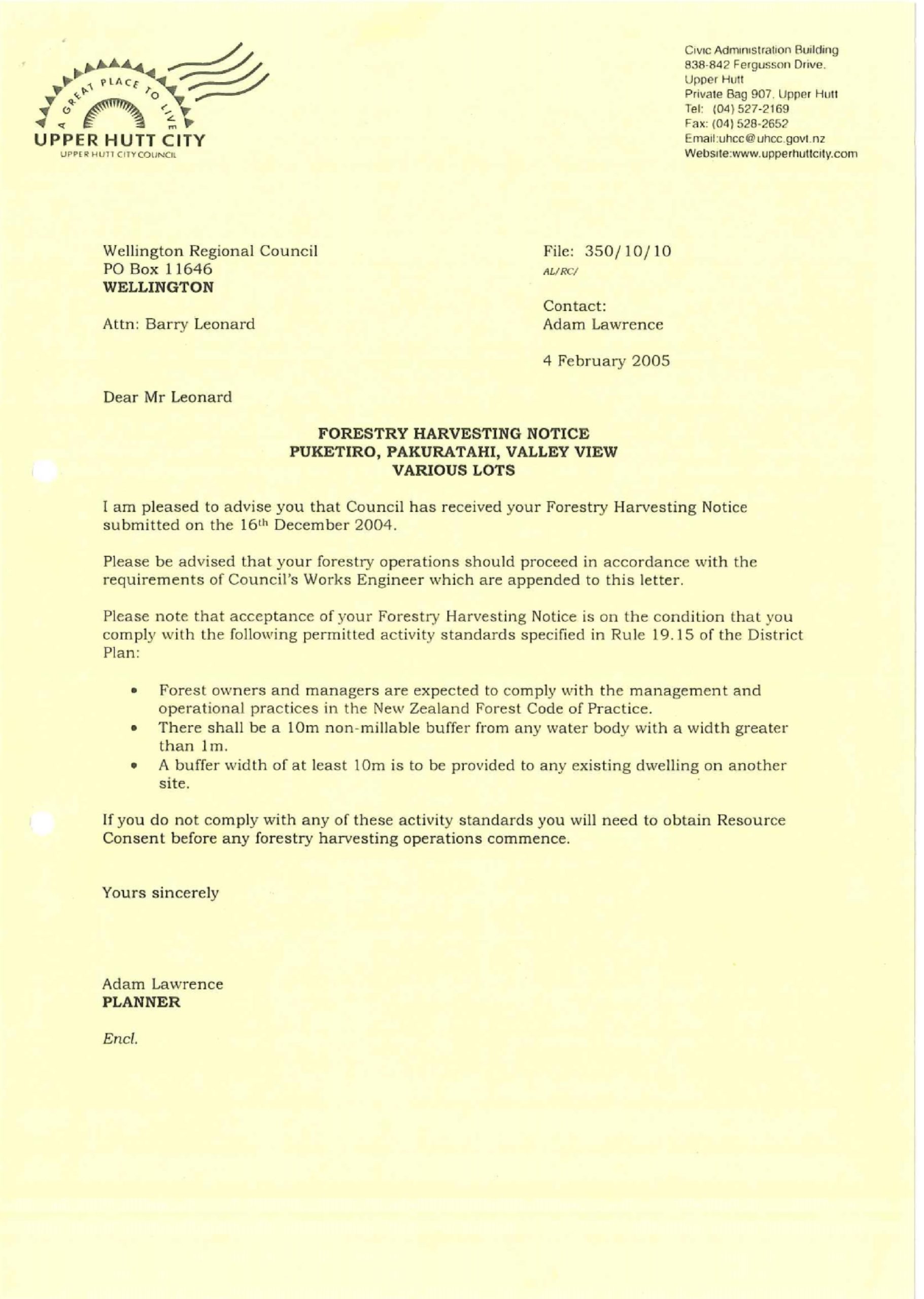 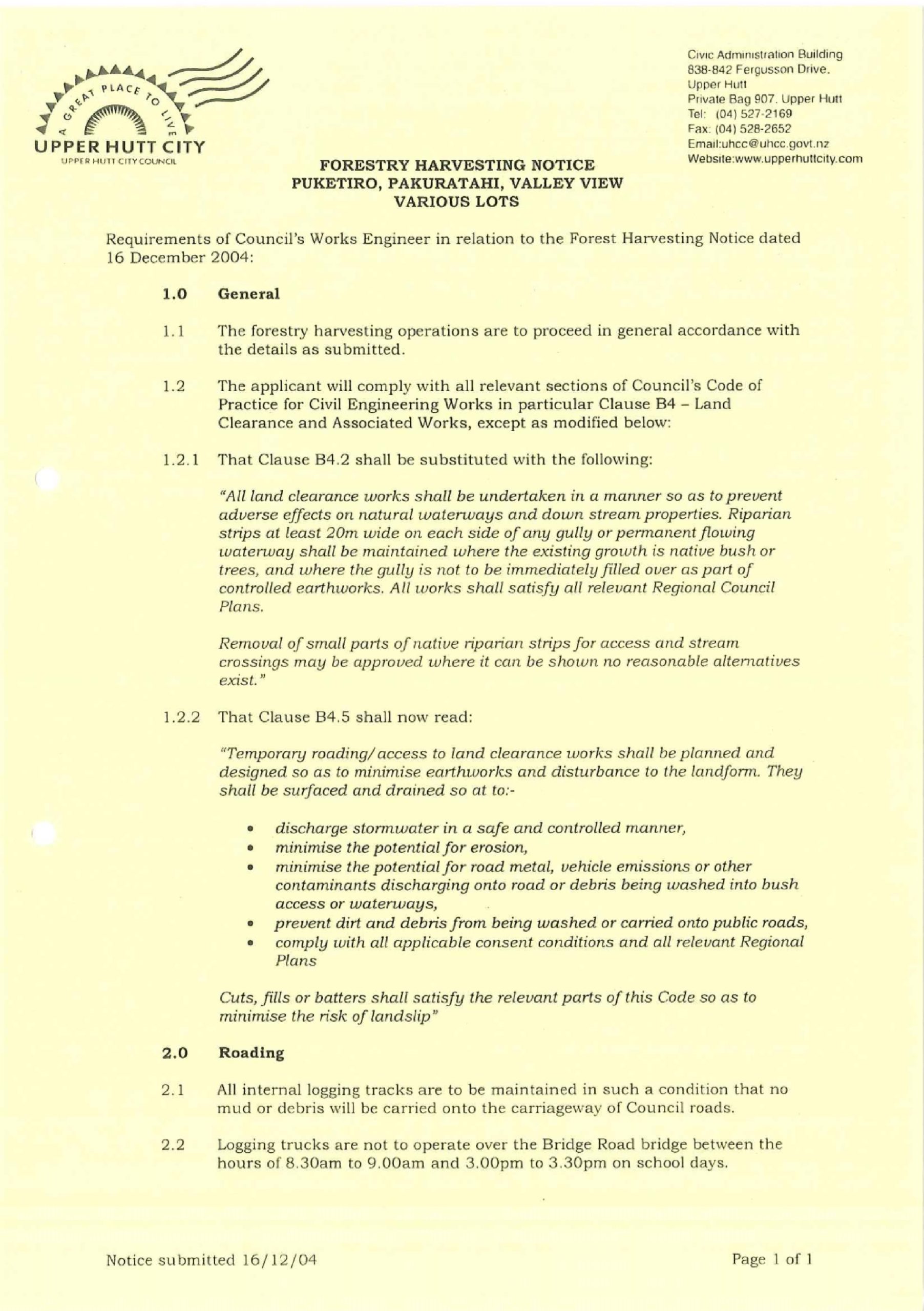 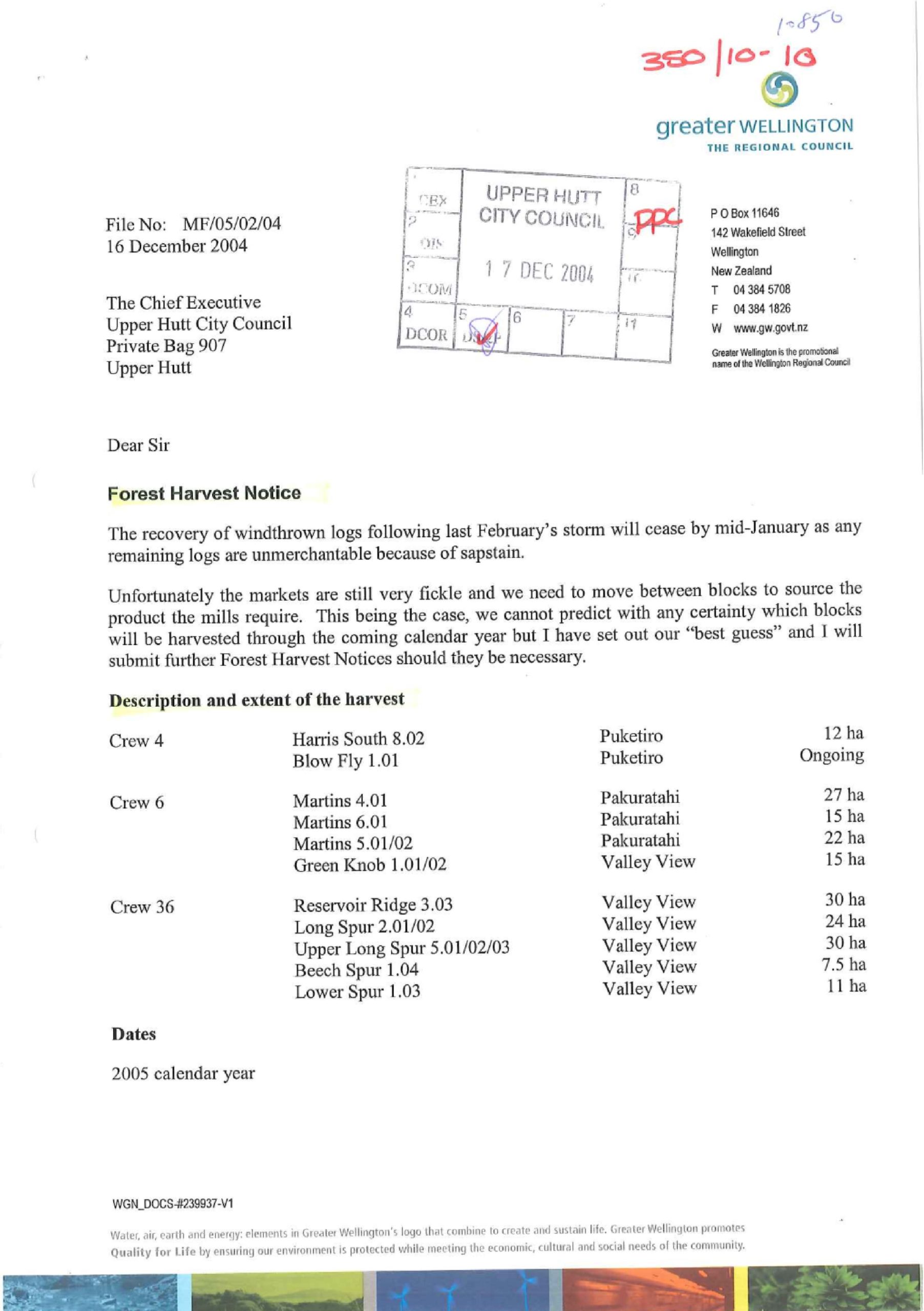 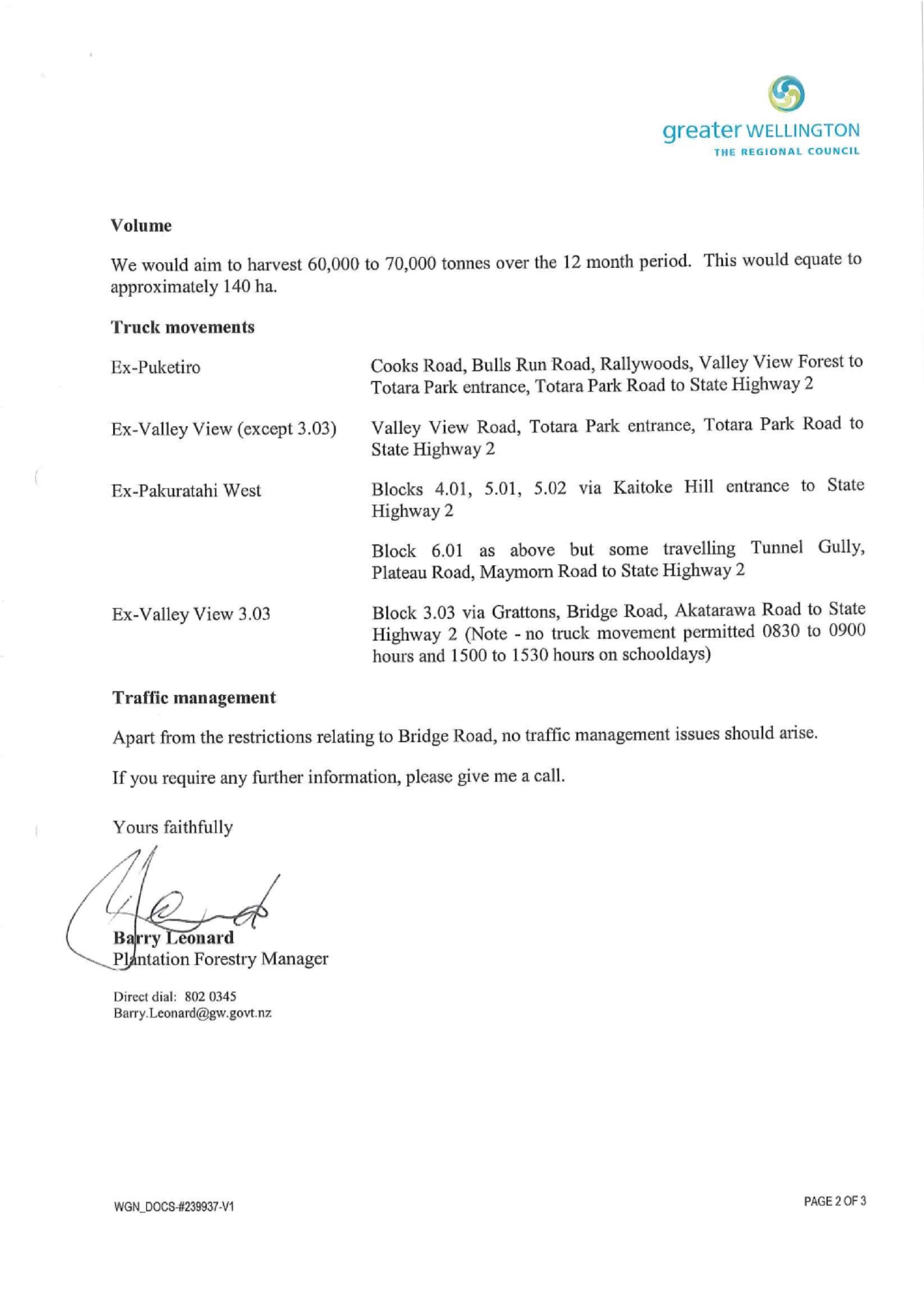 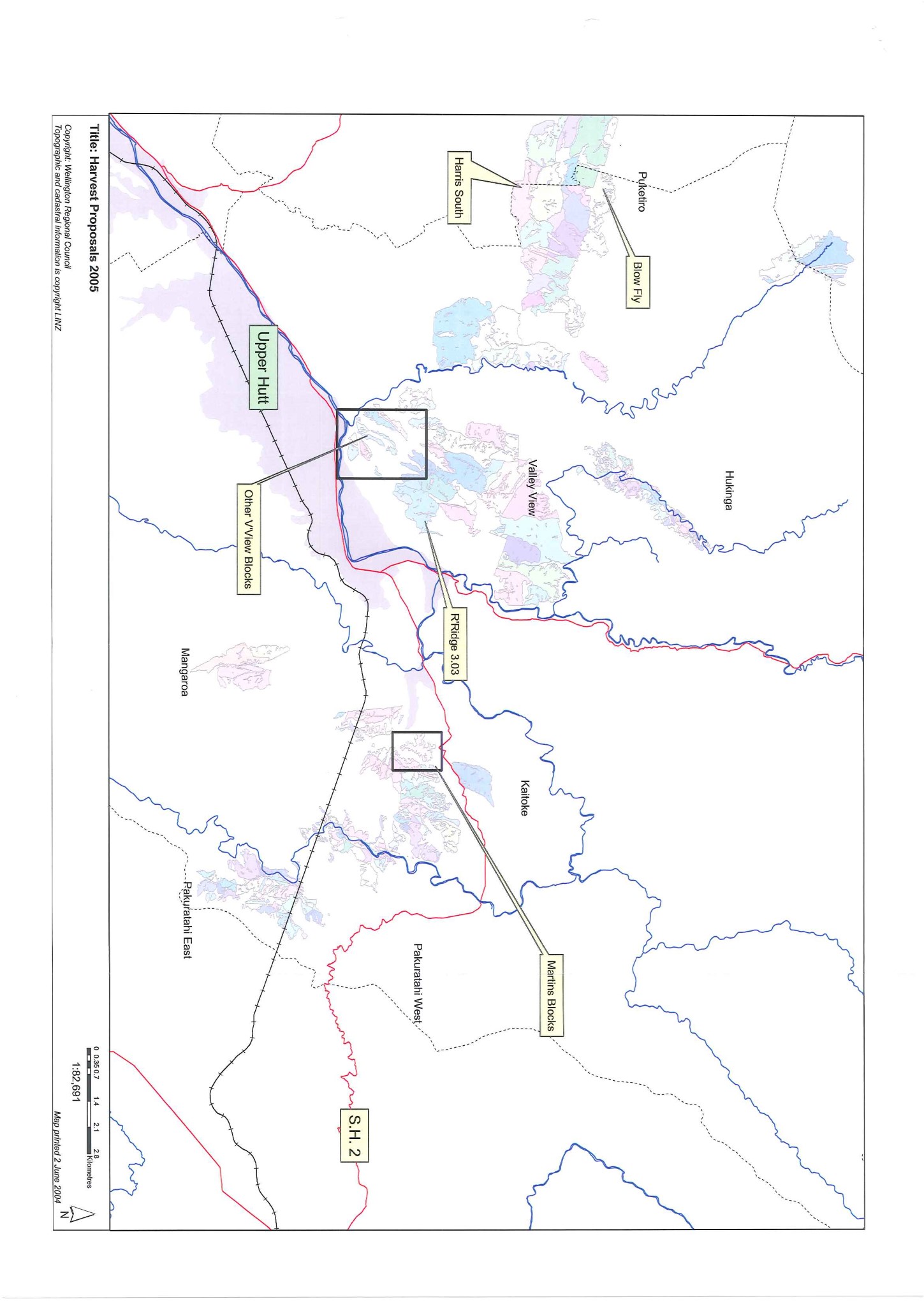 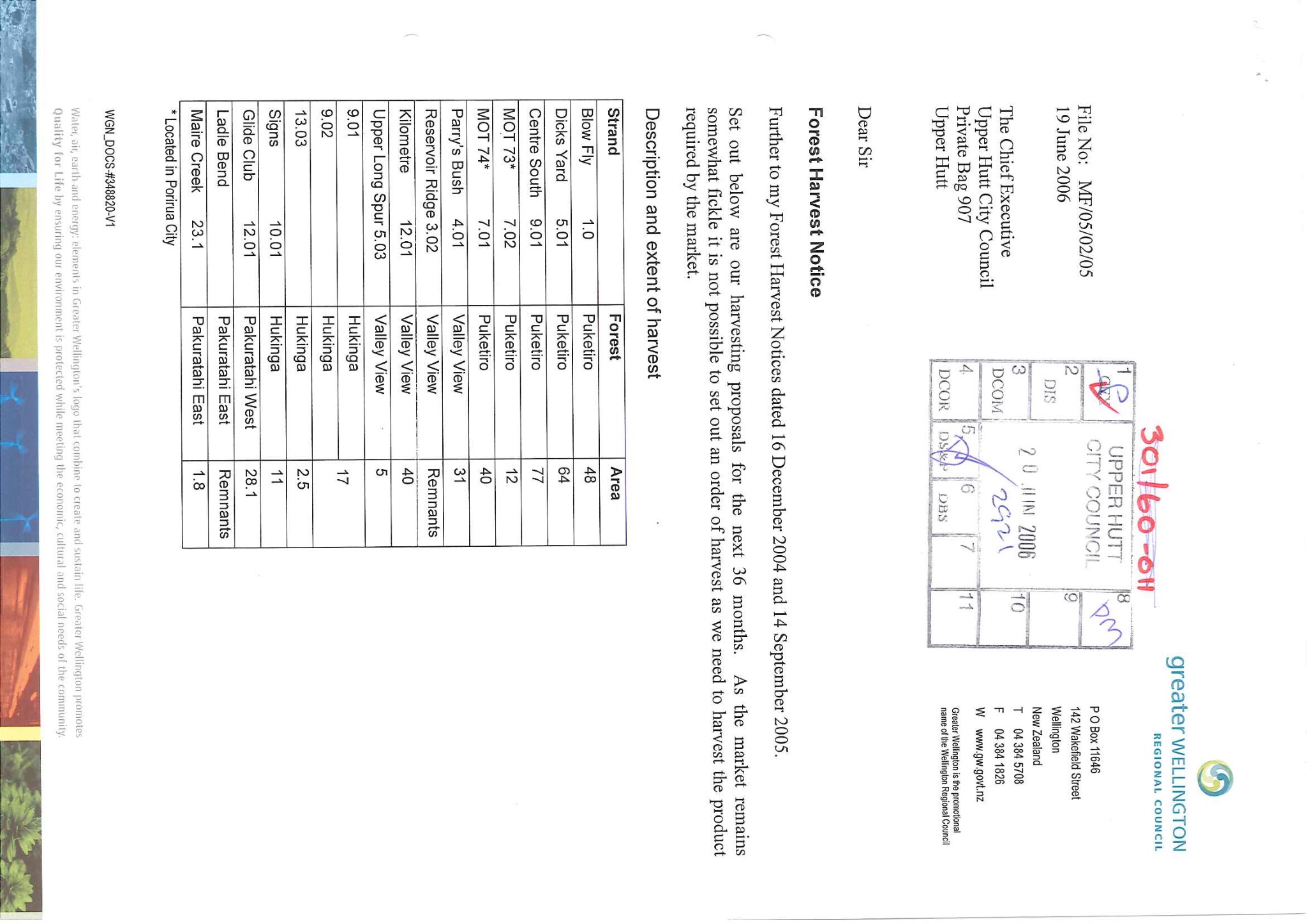 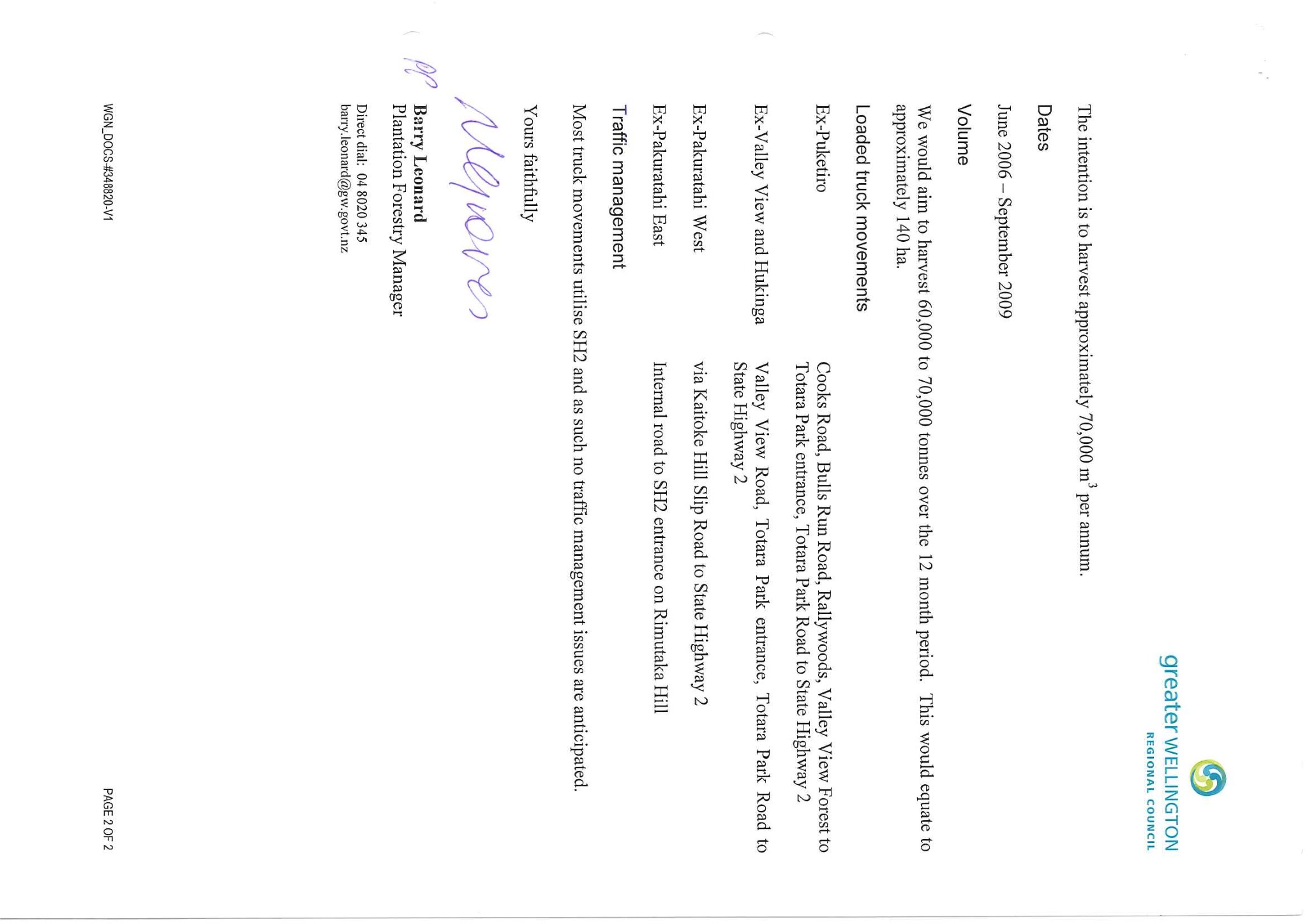 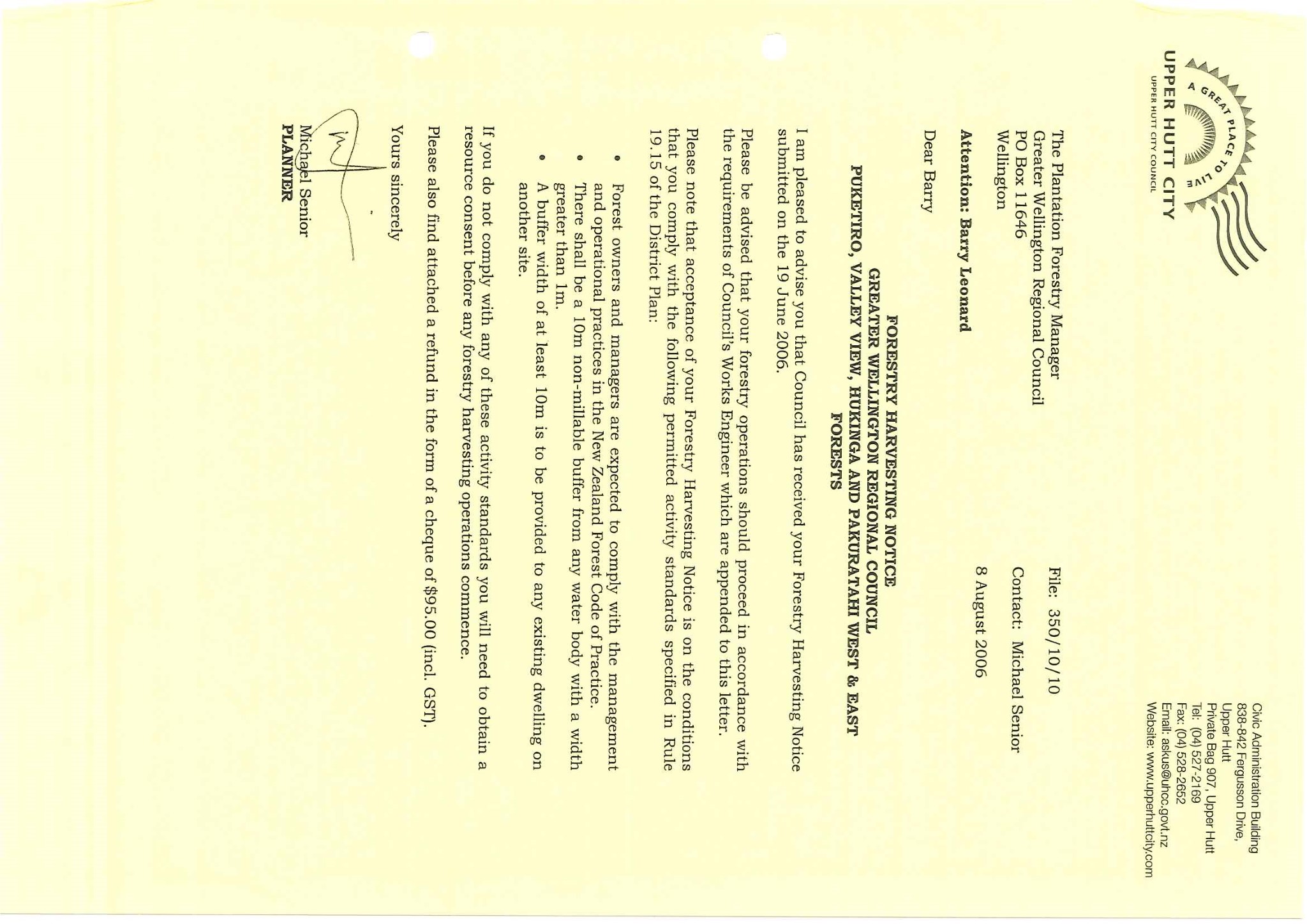 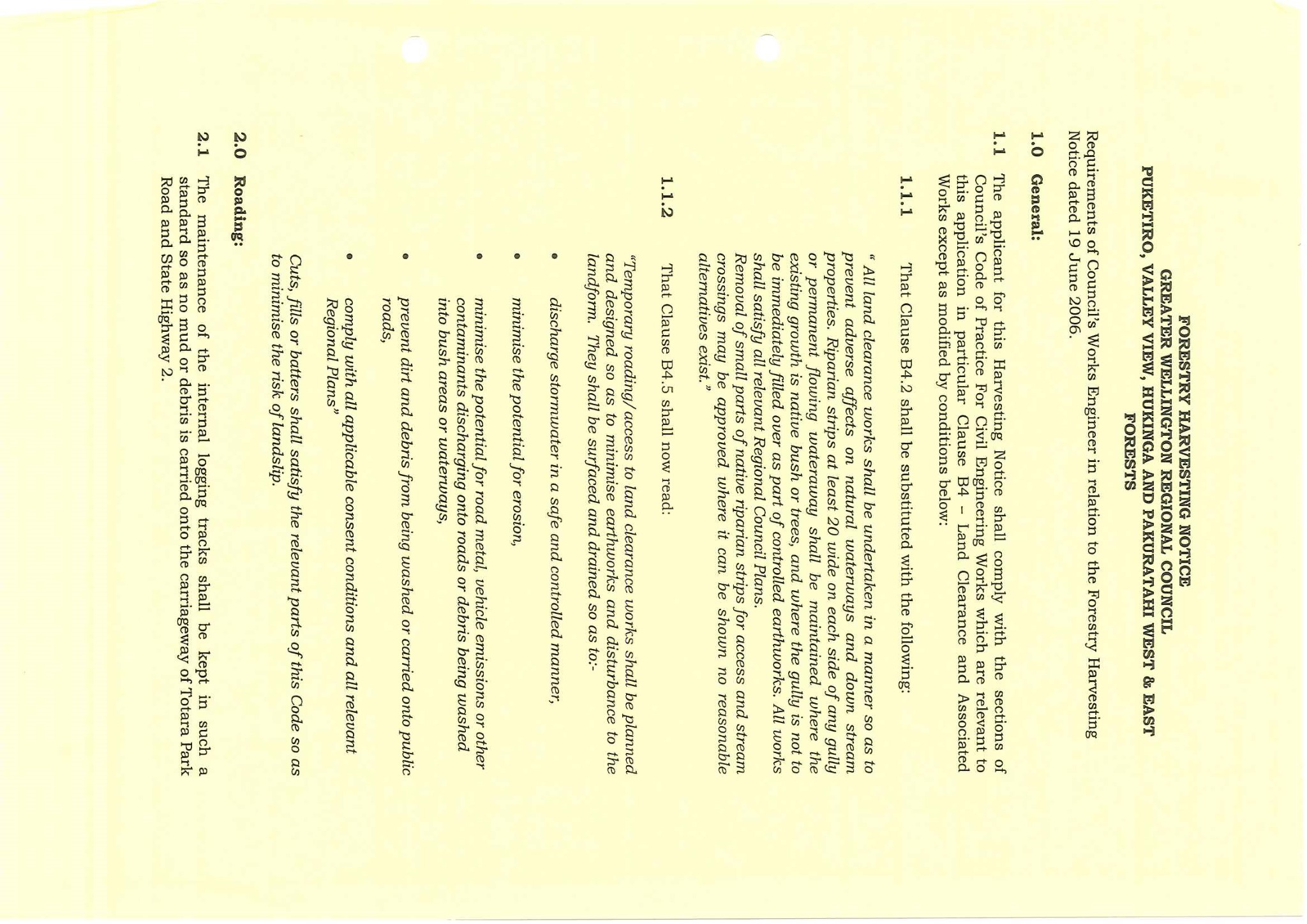 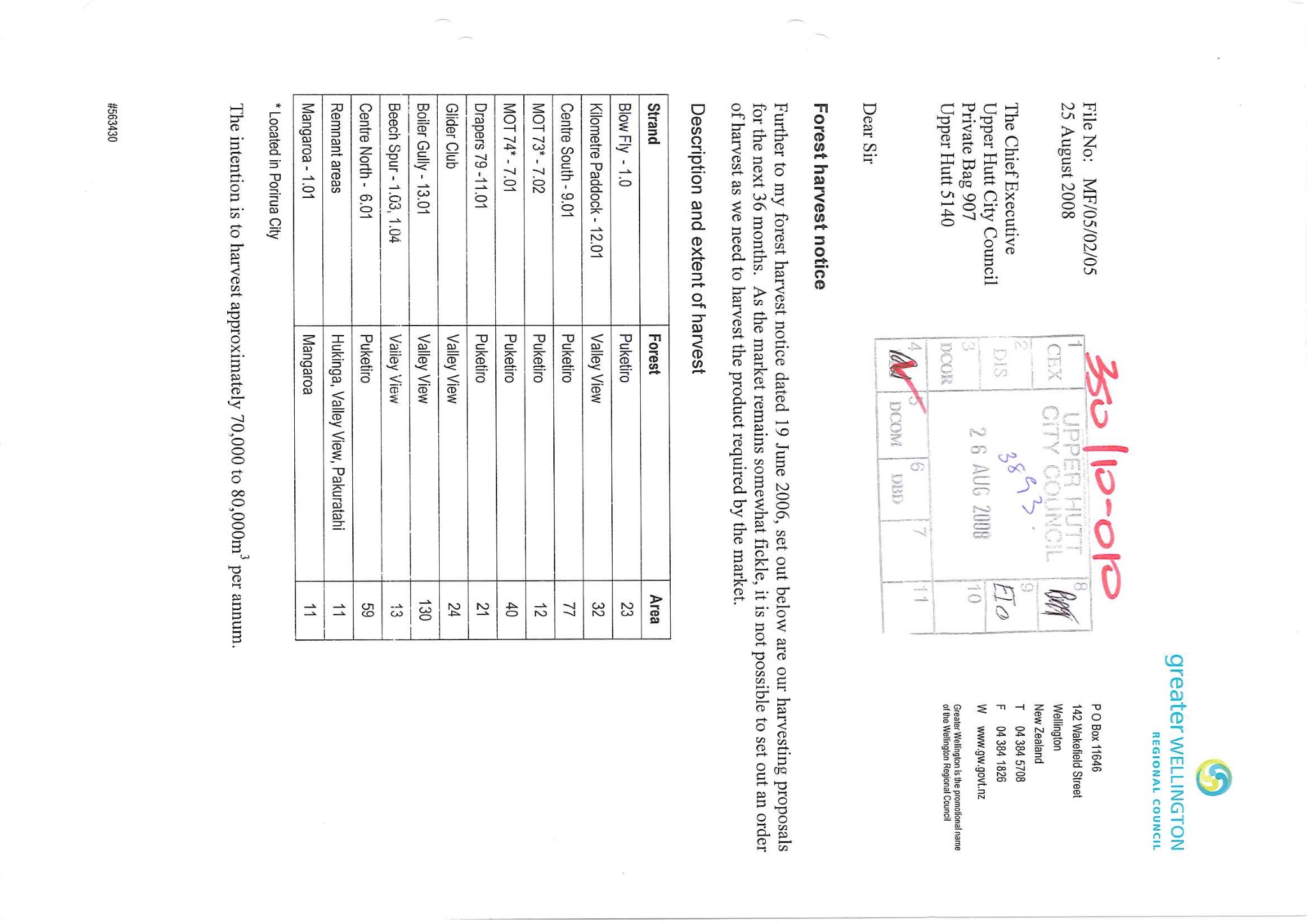 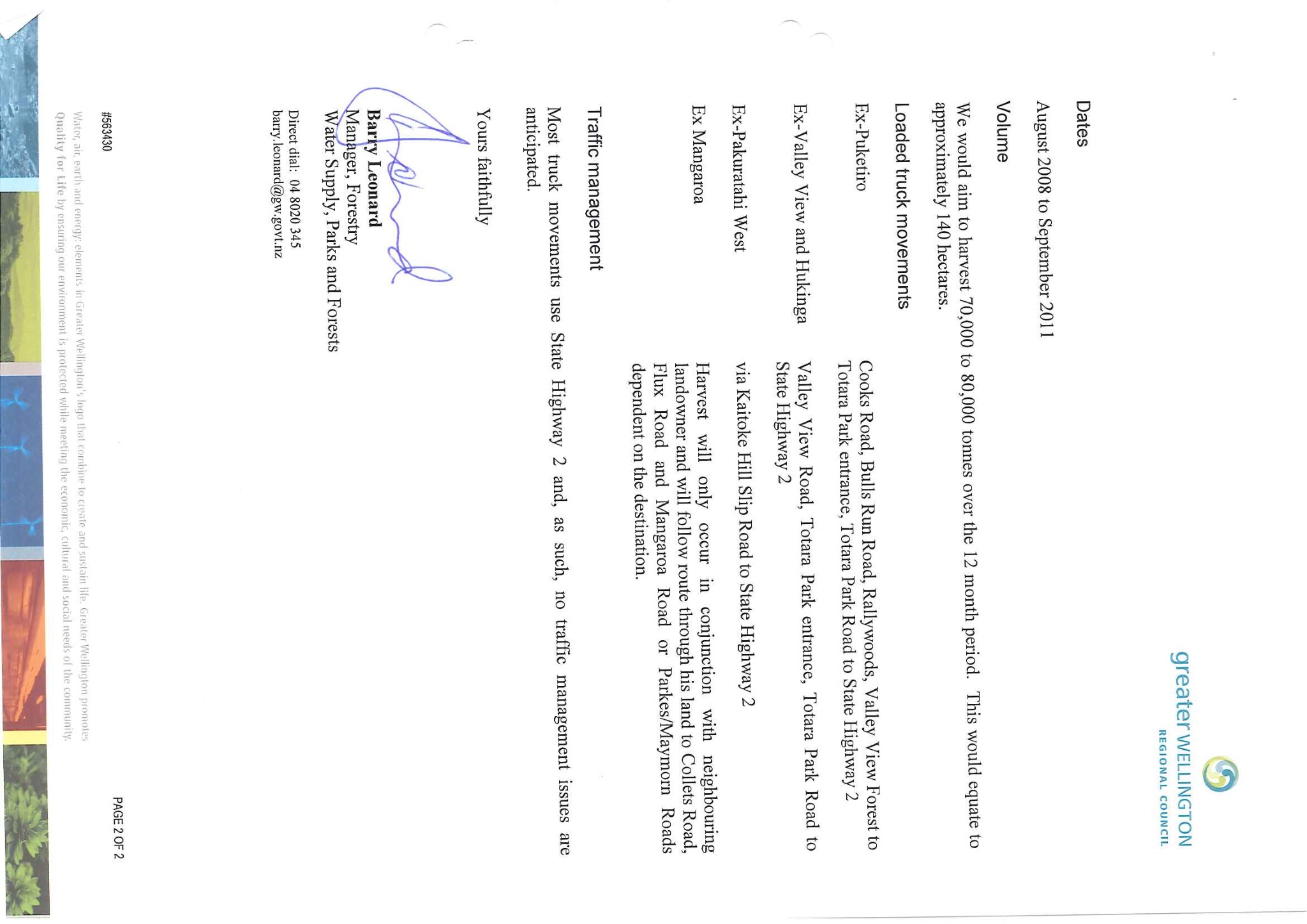 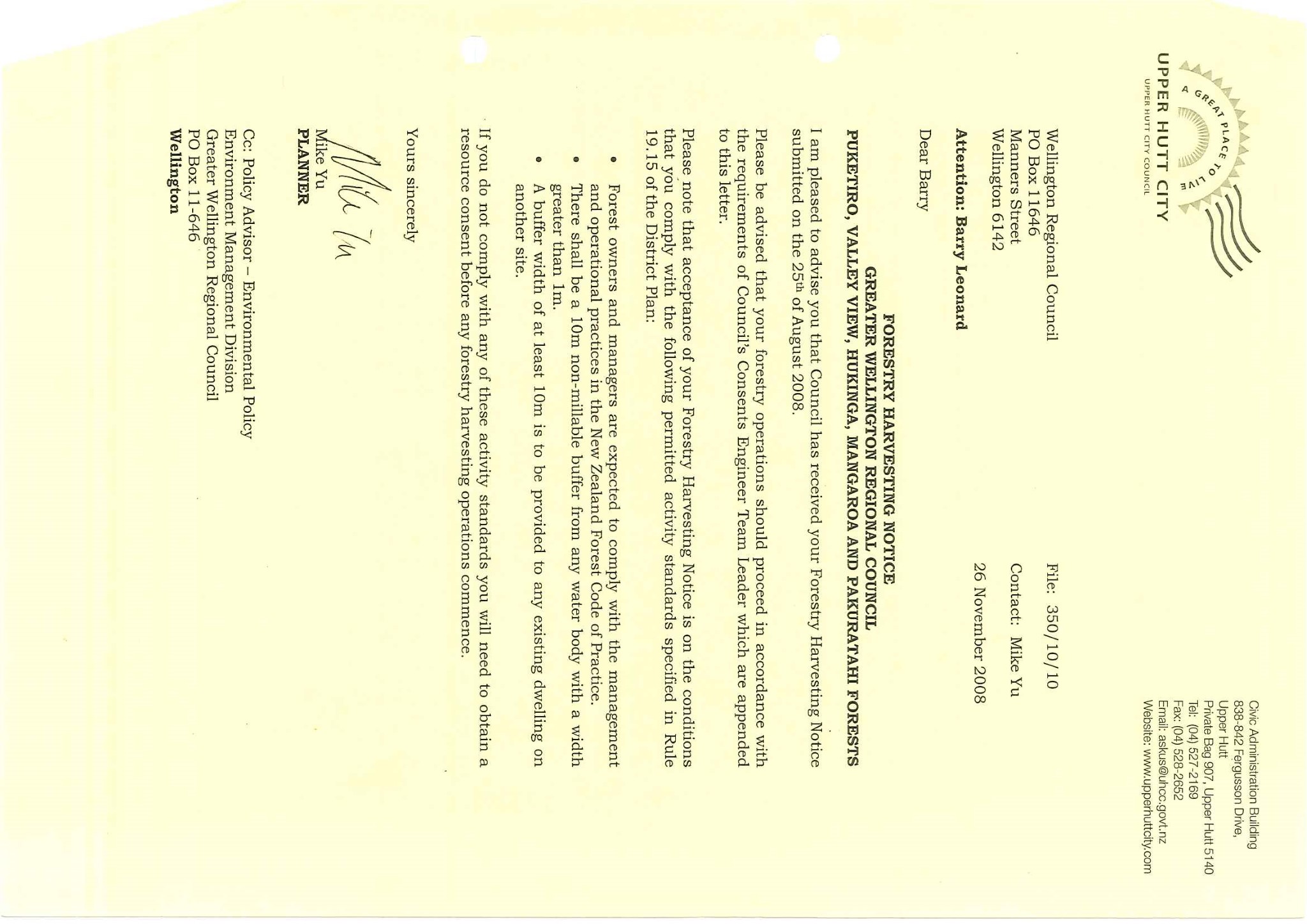 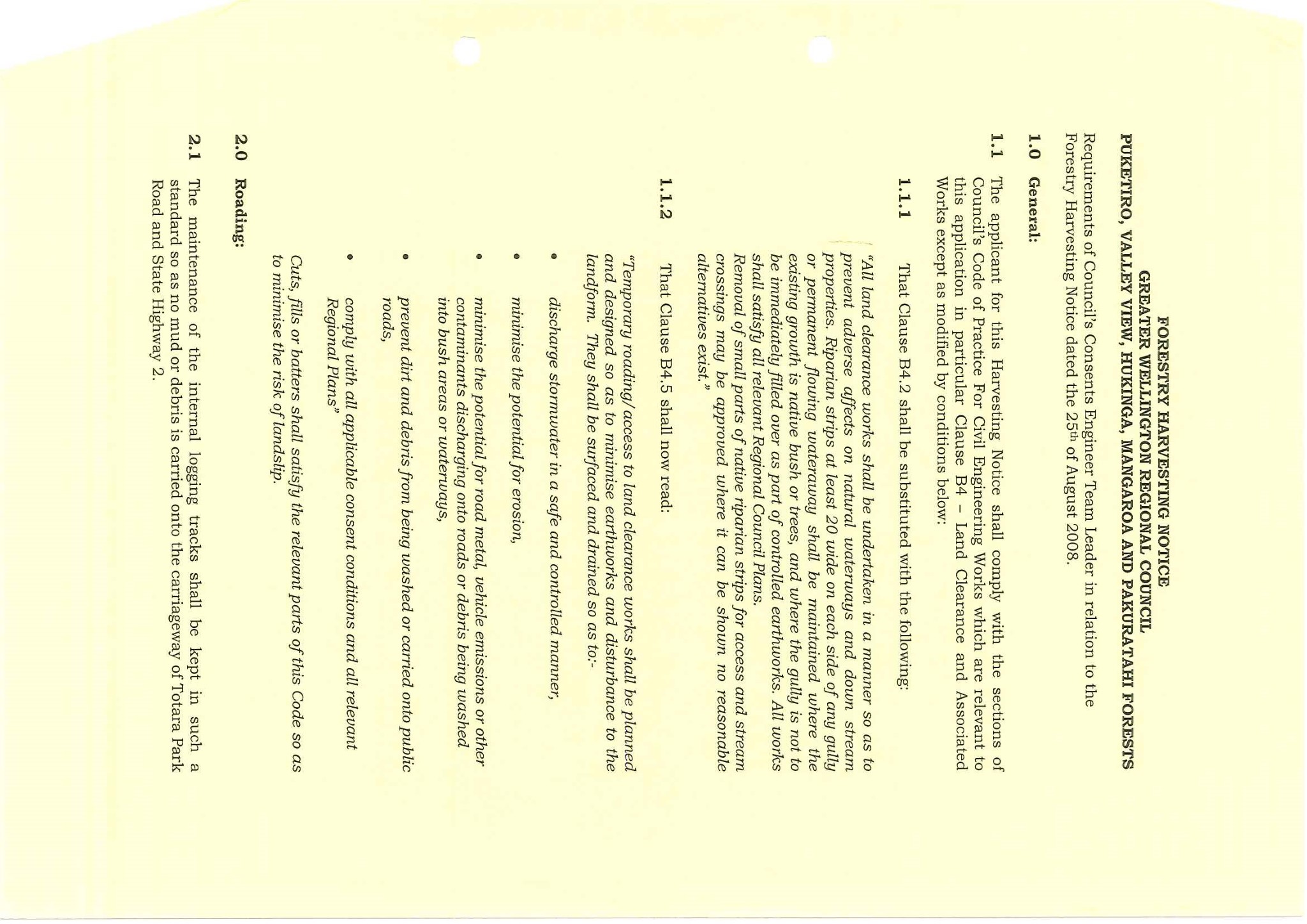 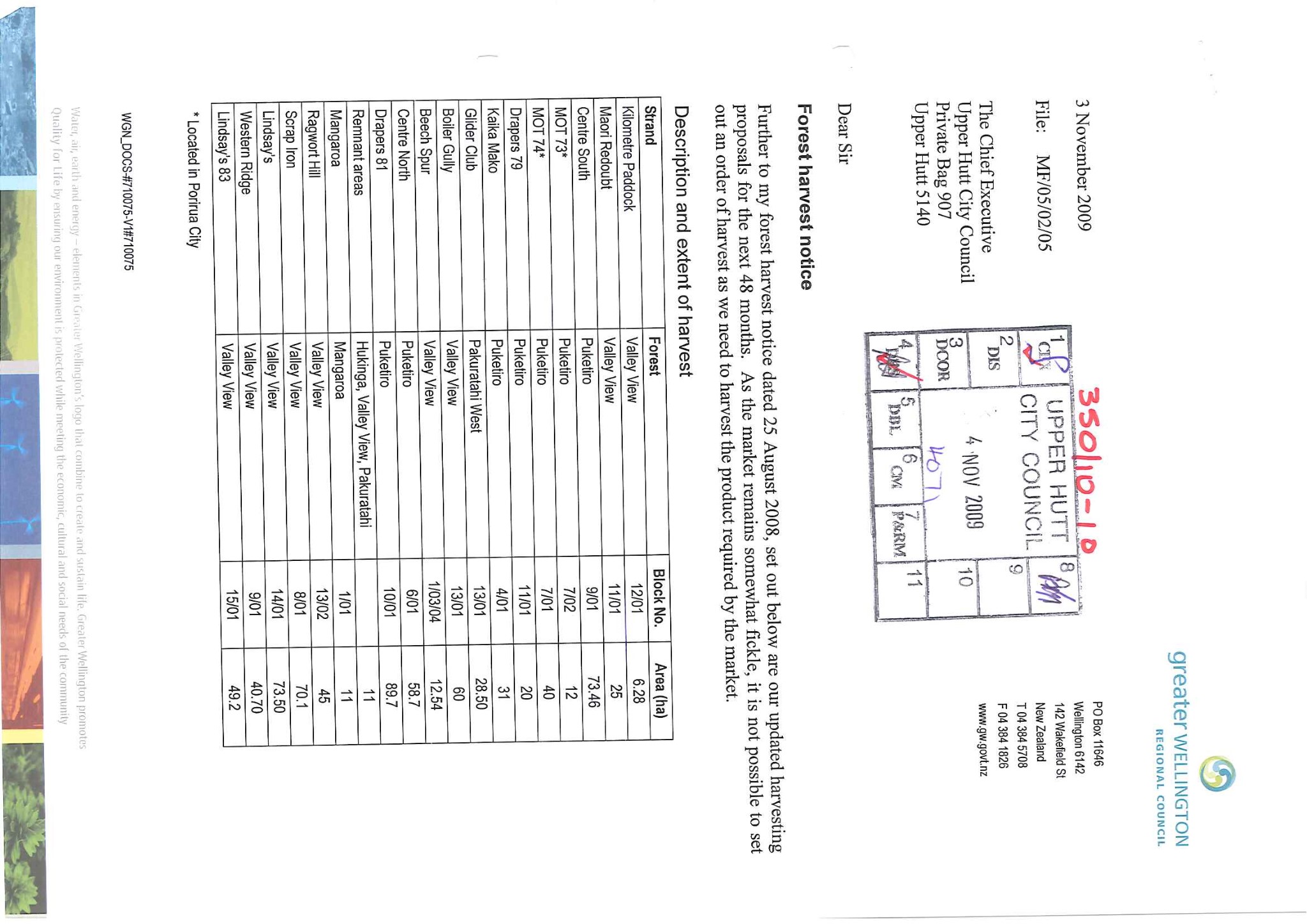 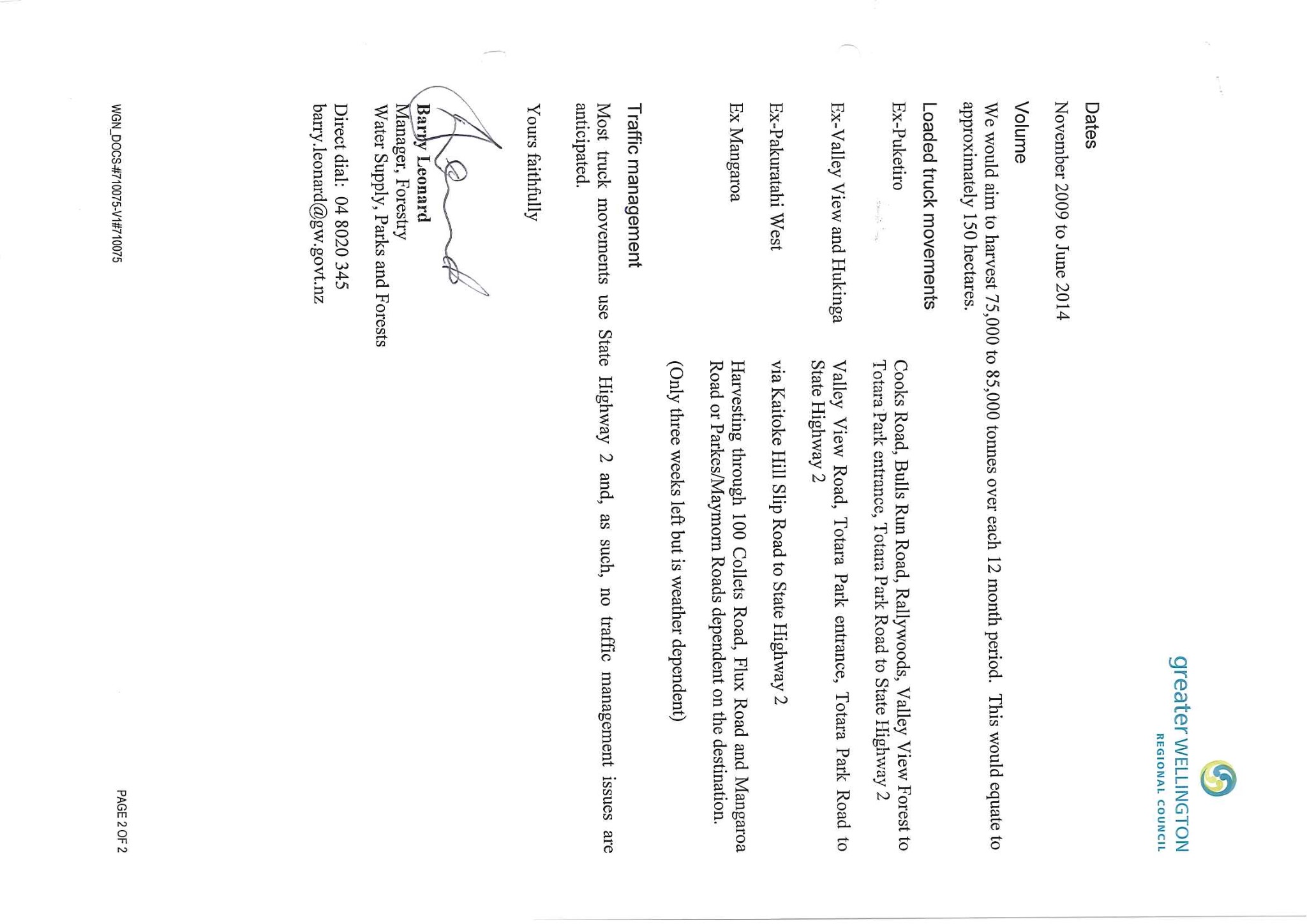 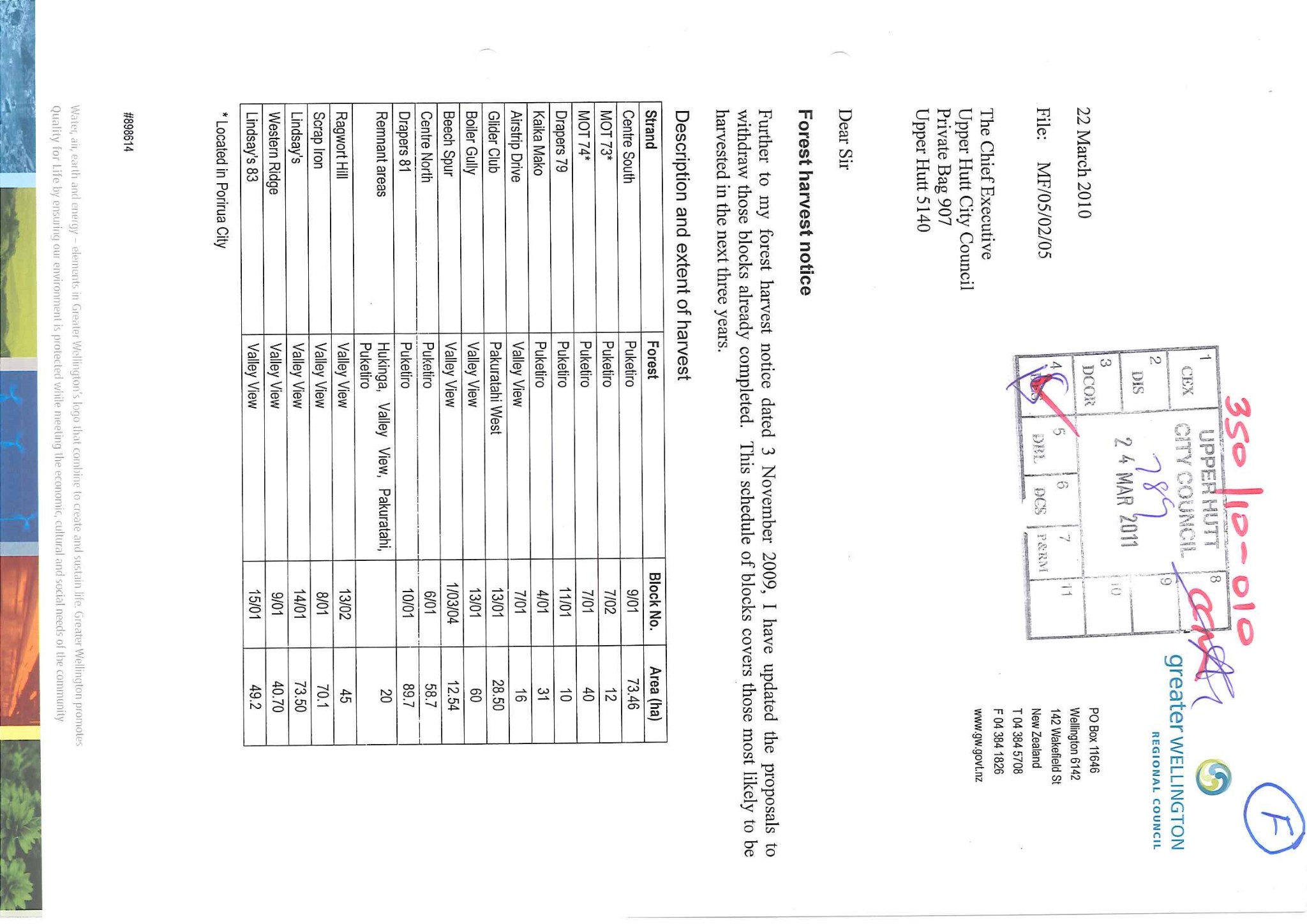 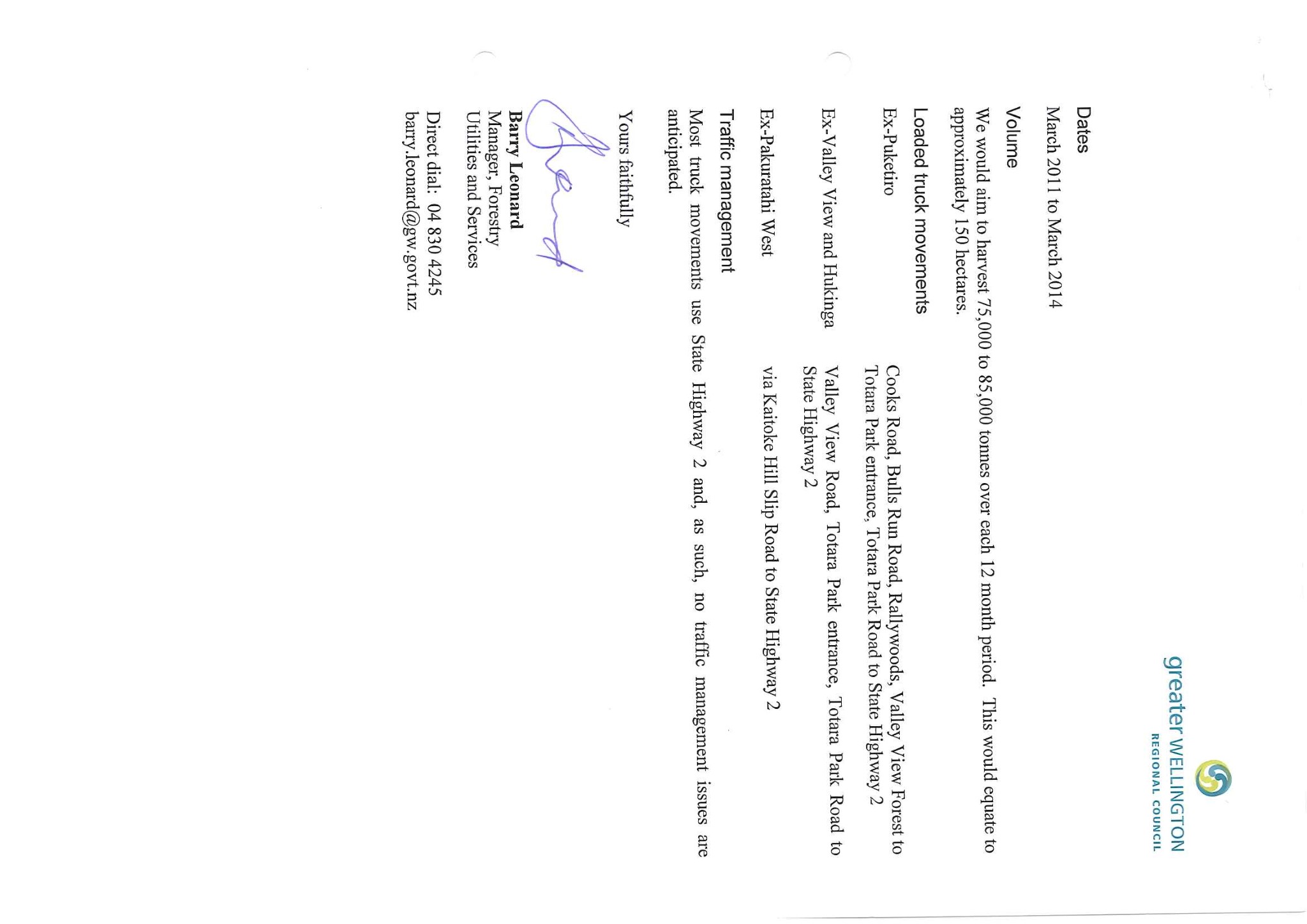