Posted on July 15, 2020 by guest
Opinion by Tony Orman
In the middle of the 19th century New Zealand was settled by Europeans, the second wave of migrants preceded by the first of Polynesian Islanders about 1300 AD. The Europeans brought with them a vision to abandon the UK feudal society that was built upon privilege and a pecking order based on personal material wealth.
Instead the early pioneers set up an egalitarian system of social equality and equal opportunity for all.
There would be public fishing and hunting, no more of the situation where only the wealthy could afford the fees necessary to fish the best trout and salmon rivers or to shoot a  pheasant or a red deer stag.
The social vision of those early settlers gave rise to principles which resist the commercialisation of fishing, hunting and shooting by preventing the sale of fishing, hunting or shooting rights and logically access thereto.
Those principles were put into the laws of the land and are incorporated today in Section 23 of the Wildlife Act concerning shooting rights and Section 26ZN of the Conservation Law Reform Act 1990 for trout and salmon fishing.
Everyone
While a licence fee for duck shooting and trust and salmon fishing is charged for “management” and advocacy on behalf of the fishing and shooting public, the sums are relatively modest thereby enabling that opportunity for all to fish and hunt.
The licence fee reflects the “user pays/user says” ethos with Fish and Game Councils being democratically elected every three years by the fishing and shooting public. In other words anyone regardless of race, income or social class, can enjoy  and have equal opportunity to go fishing and hunting.
However in recent years there has been an erosion of this important egalitarian principle. Professional fishing guides have on occasions, paid a farmer a sum of money for “exclusive access” thus effectively denying other anglers the right to access fishing since the farmer will refuse permission. Indeed in the past some commercial fishing lodges and/or guides have advertised that they have “private” or “exclusive” rivers for trout fishing.
The argument they muster is in effect a loophole in the law. The commercial trout guide operators say ”Oh we’re not charging for the fishing rights but for the access.”
Similarly pheasant preserves where the game bird shooting public are charged $1,000 or more a day for the right to shoot the birds – if they can afford it – have argued, “Oh we’re not charging for the shooting rights but for the access.”
Almost fifty years ago in the “NZ Outdoor” I wrote an editorial  strongly urging this loophole be closed. Then in oral submissions to the Conservation Law Reform Bill of 1990 with the late John Henderson NZ Deerstalkers Association president, I again urged the loophole be closed.
Nothing was done.
Guardians
Then Fish and Game NZ meant to be the guardians of public access for trout and salmon anglers and duck shooters, publicly championed commercial pheasant shooting preserves charging upwards of $1,000 a day, so obviously contrary to the clear intentions of Section 23 of the Wildlife Act.
I wrote to a national magazine arguing the commercial pheasant preserves were allegedly contrary to law.
Fish and Game NZ’s manager-secretary wrote to magazines firmly rejecting my view that public access was being undermined and the law arguably being broken.
I wrote to the Minister of Conservation Chris Carter but ran into a brick wall. I told Chris Carter in correspondence that “Fish and Game seem to have weakly and wrongly caved in to commercial pressures thereby abdicating their statutory responsibility to the fish and game public.”
Currently the Wildlife Act is undergoing a review.
Will Fish and Game NZ and its overseeing Department of Conservation close the loophole?
The Section 23 principle as John Henderson and I termed it, is fundamental to public access whether it be trout fishing, duck shooting, sea fishing, deerstalking or hiking, indeed any outdoor recreation access.
We need to guard and protect it jealously and with vigour.
The right to fish, shoot, hunt or tramp should be unfettered by commercial access charges 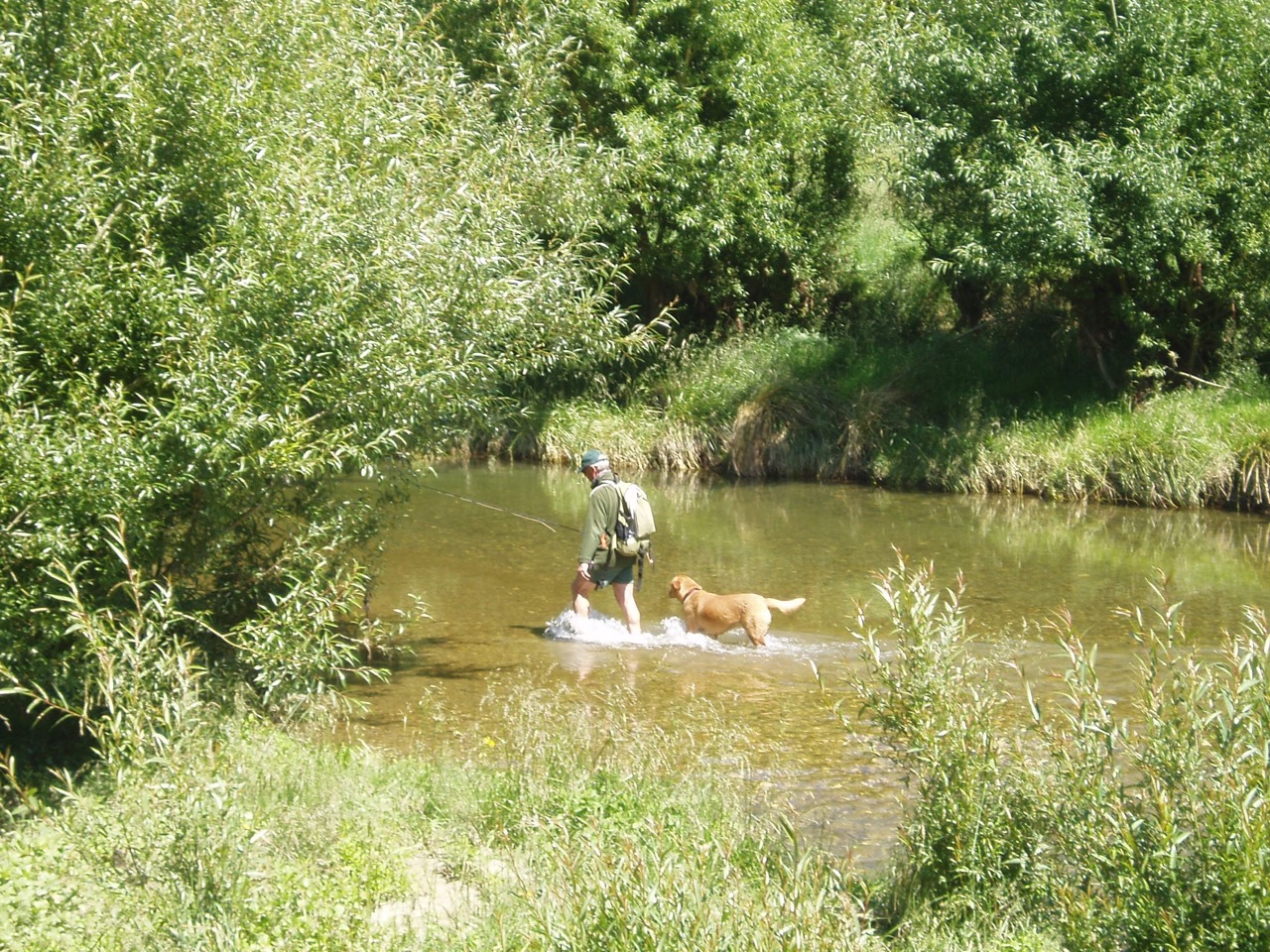